Fishing is one of the Murray’s classic experiences, and the legendary native Murray cod, Australia’s largest exclusively freshwater fish, is what most anglers are after.

The Murray cod featured in Aboriginal mythology and made a big impression on early settlers, who were amazed by their size and abundance. These days the Murray cod is a prized catch but other river lures include golden perch (yellow belly), trout, catfish and freshwater cray.

Remember, the Murray is regarded as being in NSW, so you will need a NSW fishing license, available at local stores and service stations or online from New South Wales Department of Primary Industries .

Or contact a Visitor Information Centre and find out locations from one of the locals! 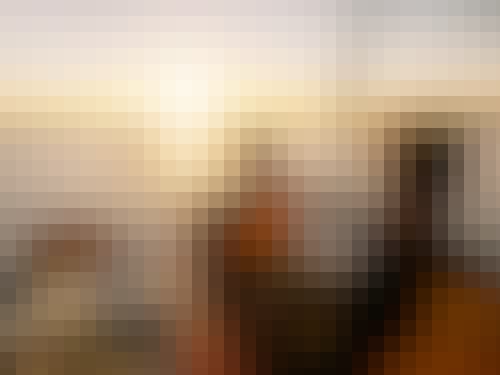 Experience the idyllic waterways North of the Murray. Lake Mulwala is an unforgettable sight with…

The legendary Murray Cod is the undisputed king of the the Murray and the largest purely freshwater fish in the country. Capable of growing in excess of one metre in length and upwards of 25kg at full maturity, they are a legendary fish providing a challenge for even the experienced angler.

Golden Perch or Yellowbelly are another prized freshwater species often growing beyond 50cm and 5kg. Redfin or English Perch are an introduced species, easily identified by the prominent red pectoral fins and spined dorsal fin along their back. As an introduced species the Redfin are listed as a noxious pest (not to be returned to the water). As a sportfish they punch well beyond their weight and offer excellent eating.

The Murray Crayfish are the second largest freshwater crayfish in the world and can be found in and around the Rutherglen/Wahgunyah stretch of the Murray River. They are considered a delicacy and as such have been subject to severe over-fishing over time. A welcome catch for the winter angler but be aware of bag limits and other regulations.

Other fish may be caught in and around the region but are undoubtedly less common. These include Silver Perch, Brown Trout, Rainbow Trout and the very rare Trout Cod.

The dreaded European Carp is unfortunately a common catch across our region. They are classified as a noxious pest, and if caught cannot be returned to the water. Their pest status aside they are relatively easy to catch and can provide good sport and fun for the kids, though being bottom feeders they are not for the plate.

The Murray River Access Guide series helps you navigate and enjoy the Murray River. Excellent resource for camping, fishing, boating or just a handy guide to have while enjoying the river. The guides can be purchased from most of The Murray Visitor Information Centres.

Search All Things To Do